(A review of Z for Zachariah by Robert C. O’Brien) 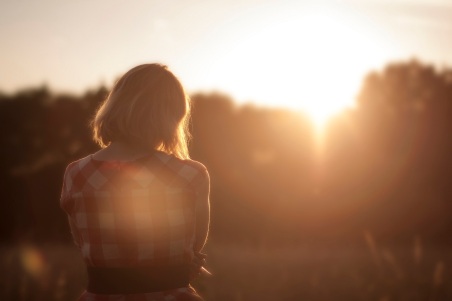 First off, this book was written by man in 1976. The book being Z for Zachariah by Robert C. O’Brien. You know, even trying my hardest to remind myself that 1976 was 40 years ago, it still was a time where women were coming into a more equal status in society than say 40 year prior to that. But we still weren’t as unequal as this book would lead one to believe.
In short, Z for Zachariah is a novel taking place in somewhere USA post-war. Chemical and biological warfare have been used and by chance the valley where 16 year old Ann Burden’s family resides seems to be a safe zone. All family but Ann go out one day to explore further into the surrounding area, but they never return. Ann has been taking care of herself for a year on the family farm and seems to be doing a damn good job. That is, until a MAN arrives.

I picked up this book being that I am a huge fan of dystopias and apocalypses (apocali?) and heard that it would soon be a movie. (Warning, it appears the movie changed pretty much the whole premise as shown in the trailer.) I was stoked at the promise of a teen girl protagonist who seemed to be kickass at living off the land all on her own. The book is told epistolary style through Ann’s journal. And that promise was short lived.  As we read Ann’s thoughts, we quickly realize that she was cool on her own, but now; as she spots a man in a hazmat suit approaching her, the cool fades into the approaching summer.

A MAN! Ann observes how cautiously the man moves closer to the valley and as any hetero woman would in a scenario such as this, she attempts to assess his physical features and if she is interested in anything more than just figuring out if he is safe. Because of spending so much time on her land after the war, Ann is aware that some of the water is non-potable. She observes this dude from afar with his Geiger counter but yet doesn’t warn him as he neglects to test one creek and jumps in to bathe. Finally, Ann decides to introduce herself as this dude seems to be facing a certain death of radiation poisoning. We find out that this fellow is a Mr. Loomis (as Ann thus refers to him) and he was a scientist.

Mr. Loomis explains the realities of radiation poisoning and what Ann can expect from him in the coming days.  She waits on him hand and foot as he writhes around in a delirious fever stupor.  All the while she daydreams of marrying him in the local church in one year, since everything will be copacetic since she’ll be 17 and he’ll be a grown man and she still knows nothing about him. All the while she frets over her outfits and whether she should attempt to find some more flattering clothing and lay out the fine china before he awakes.

Surprise!  Mr. Loomis beings to recover from creek radiation. Ann continues to do everything, plants a garden, gathers supplies from the town general store, tends to her chickens and cows, etc. Mr. Loomis sits on his ass when she’s around, but secretly works on strengthening his walking. Oh, also, in his fever stupor he confessed that he killed his colleague so he could commandeer the hazmat suit. This is confirmed by Ann finding 3 bullet holes in it, but she just shrugs it off, because he’s a dude and she should probably just suck it up and work on repopulating the earth.

Ann begins to feel icky as Mr. Loomis looms at her tending the fields from the porch.  This is followed by his attempted rape of Ann.  Finally Ann heads out to a secret cave she can live in, and she leaves him on her land in her farmhouse. Did I mention there are guns?  Yes, there are guns and Ann has access to them. Loomis locks down the general store, hoping to starve Ann out of her hiding place. She decides to take action… her plan… to SHOOT HER DOG.  Yes.  Ann has a dog that Loomis has taken and is attempting to train to track her. Ann’s brilliant plan isn’t to shoot the stranger rapist but rather shoot her canine companion because he may expose her hideout.

In the end as Ann comes by the farmhouse to try to work shit out, dude tries to SHOOT HER. He hits her in the leg, but it’s merely flesh wound. At this point Ann decides she must DO SOMETHING. (I’d suggest that she shoot him and be done with it. Go on living as she did before he arrived on HER PROPERTY.) Her decision is to steal the hazmat suit and leave HER HOME. Yup.  Just give all that safe land to this shitty rando asshole controlling man and she’s gonna leave.

So, the writing is honestly pretty good. I like an epistolary style. However, I don’t like books that attempt to trick folks into thinking there is a strong female lead when she’s still submitting to the men around her even if there is only ONE in this world.  I’m disappointed that this book is still assigned to high school students. Assign your kids The Hunger Games, An Ember in the Ashes or Red Queen instead.